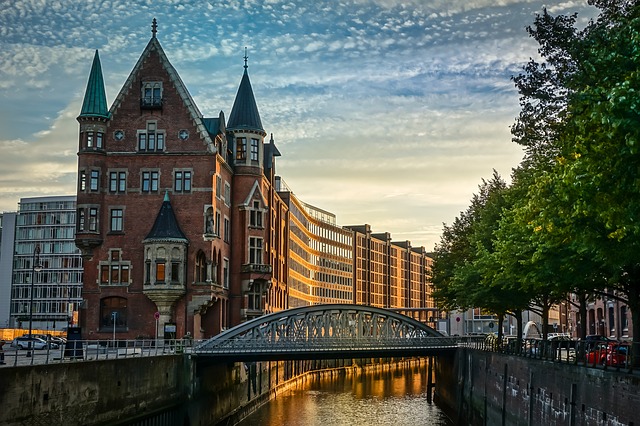 Rushing your trip is never fun, but sometimes we don’t have more time to spare. I only had a few hours in Hamburg before departing to Berlin and instead of just sitting still, I decided to bring my baggage with me and walk around the city. And I’m so happy I did! Hamburg is one of the most beautiful German cities and even has more canals than Amsterdam! Even though it’s incredibly picturesque, it’s still a very underrated European city. There were tourists there, but not nearly as many as in Berlin for example. Which was a big plus, to be honest.

There’s tons of vegan eateries here since the trend has catched up in Hamburg too. If you look on the app “Happy Cow” you’ll find vegan and vegetarian restaurants all over Hamburg. Although there were so many options, I wanted to find a place with good reviews and that was a bit closer to the city center. So I started my day having breakfast in one of the most popular places “Mamalicious”, a mere 20 minute walk away from Reeperbahn (also known as the red light district). The cafe was full and although I did have to wait a bit longer than I had wished, the food made up for it. You can tell a place is good when people are willing to queue for a long time!

After I had a filling breakfast, I made my way to downtown by foot. I didn’t really feel the need to check out Reeperbahn more thoroughly, so I headed straight to Speicherstadt and Nicholaifleet, the two must visit places in Hamburg. That’s where all the pretty canals are situated and where the classic Hamburg photos are taken. But along the way, I got a glimpse into the locals lives. People were sitting outside having coffee in the sun, they were walking their dogs and chatting away with their friends. I think I enjoyed the walk from Mamalicious to downtown more than the actual downtown.

Once I had made my way there, I only had an hour before I had to catch my bus. So I sat in the sun, bought a coffee and did like the locals – I just sat and enjoyed the city. I wish there was more time, but I’m convinced I’ll be back. But if you only have a few hours to spare like me, just head out there and don’t waste your time sitting and waiting. Hamburg is a hidden gem in Europe and it won’t stay like this for long. So go get moving to Hamburg. You might even be surprised and like it more than Berlin.